Proud to announce Sâlt will join theatre company Macnas in Galway (Ie) to perform the spectacle Gilgamesh. When Galway is European Capital of Culture in 2020. For the rest Sâlt musicians have mainly been concentrating on their own bands, projects and art since 2007.

This fully acoustic quartet is packing all original tunes, extraordinary suits and loads of fun - bringing Beats, Brass & Vocals with minimal techs and specs. SÂLT is a crowd pleaser, determined to establish contact with the audience and not giving in until they turned clouds into clear blue skies. A carnival fusion of original jazz, European, Latin and other world melodies delivered with joy on your doorstep.

History
During the 1997 Oerol Festival on the Dutch island of Terschelling, theater group Sâlt performed "De drie ware verhalen van Eytje Rotgans" on three different locations. The four musicians of this project, inspired as they were by each others dedication to music and theatre, decided to continue their cooperation under the name ‘SÂLT the Band’. Next they hijacked the streets of the UK and Holland in ’98 en ‘99 with a visual rush of international swing, latin, ska, cajun and funked-up à cappella.

In the years to follow the various members of SÂLT the Band have been working on different musical and theatrical projects. One could see them in action with Dogtroep, Hands on Rhythm, Maatwerk, Boneshaker, De Jongens Driest and Welfare State International. As SÂLT they performed at Brussel 2000 and Fort DuDu. Along the way they swapped their tubaplayer, and dropped the addition ‘the Band’ to their name.

SÂLT is the happiest, best-dressed band in Europe. And will prove that once more. SÂLT has been working hard on new original material; developing both their acoustic street act and a funky stage set incorporating samples, loops, tapes and other electronic devices into the show. Still SÂLT is on a pretty acoustic level - with an 'open' sound. Very groovy, very danceable and very enjoyable. Last autumn the production of their second album started; PLANET SÂLT is due to be released in the spring of 2004 and SÂLT will tour once again this coming summer! 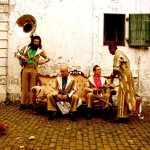 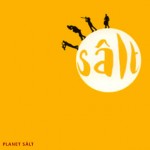 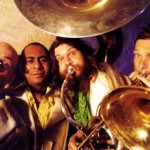 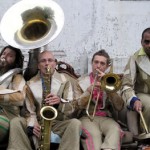 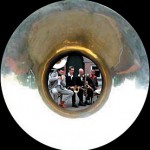 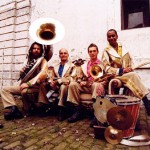 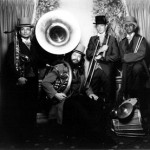 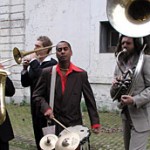 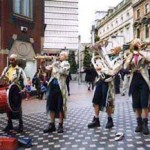 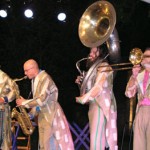 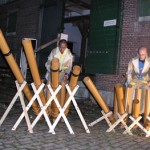 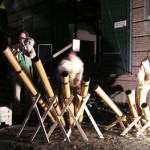